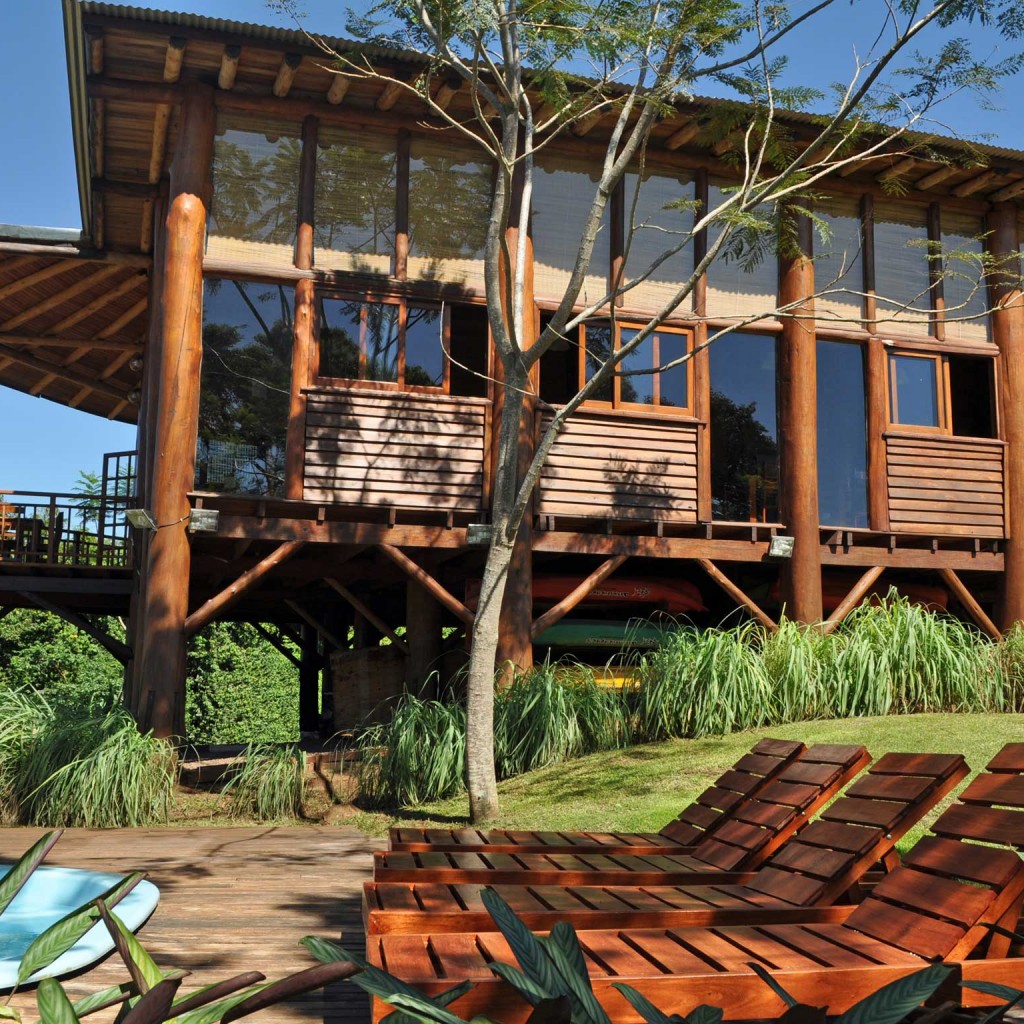 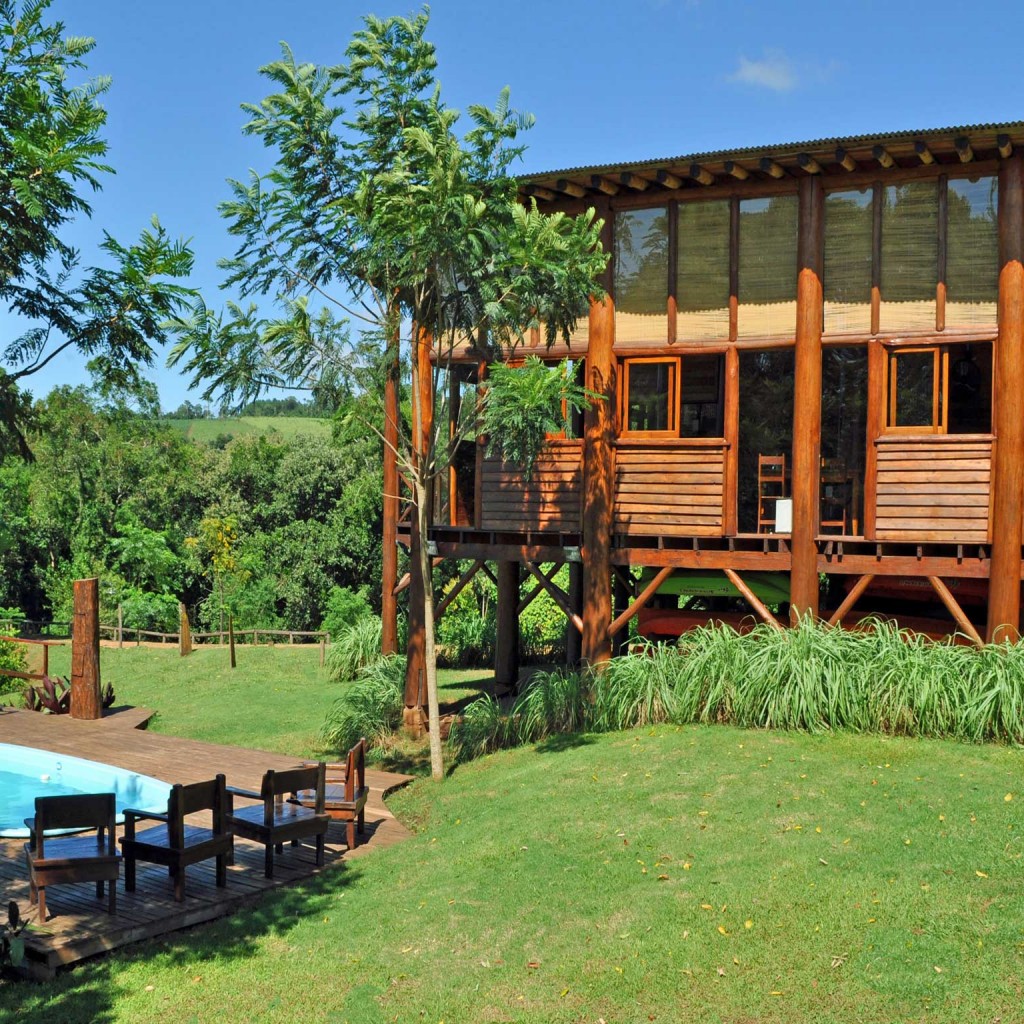 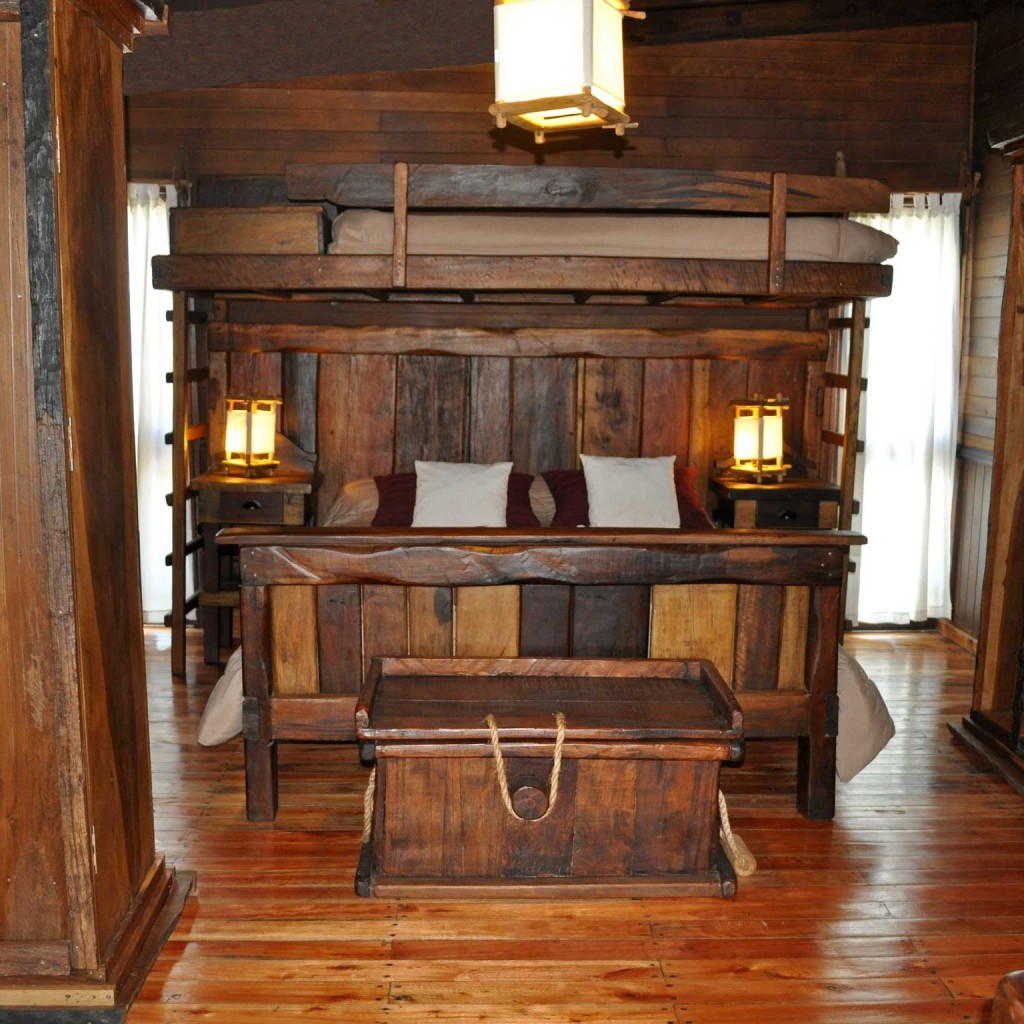 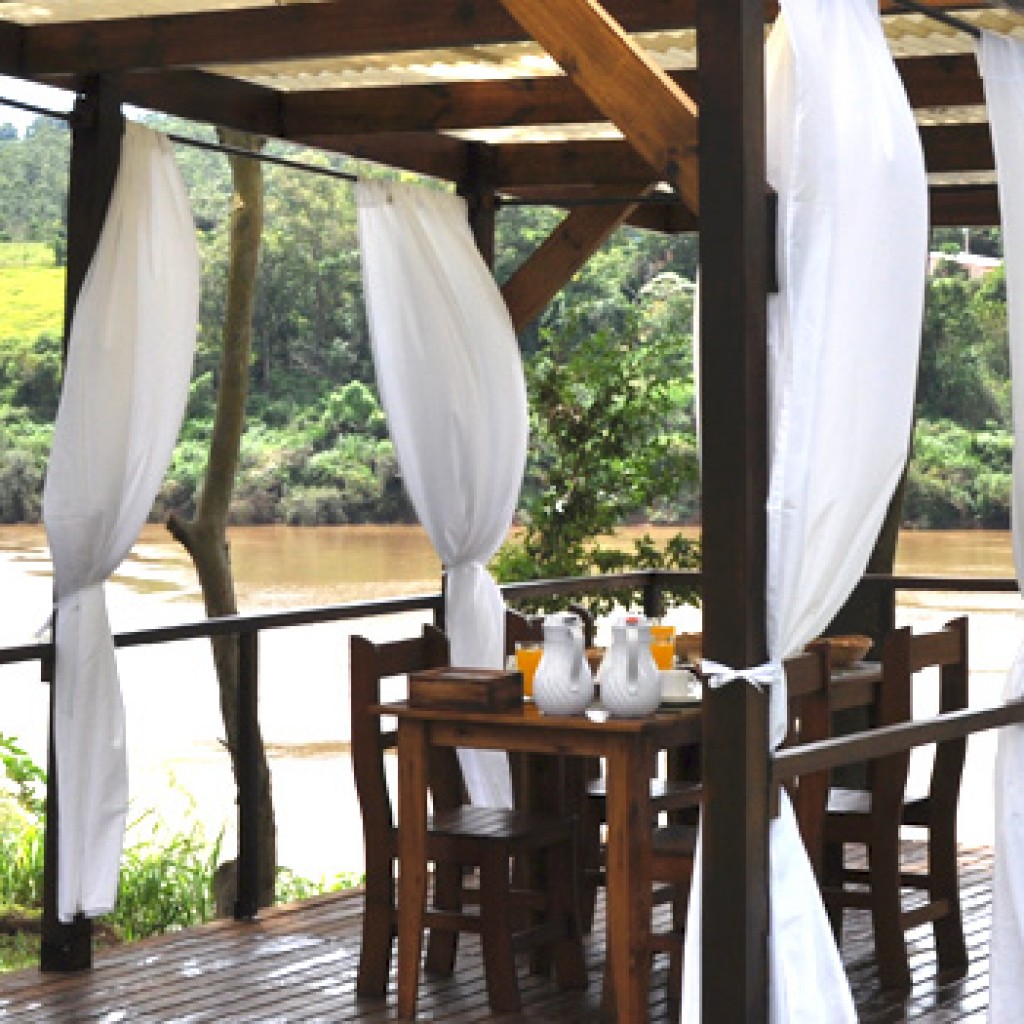 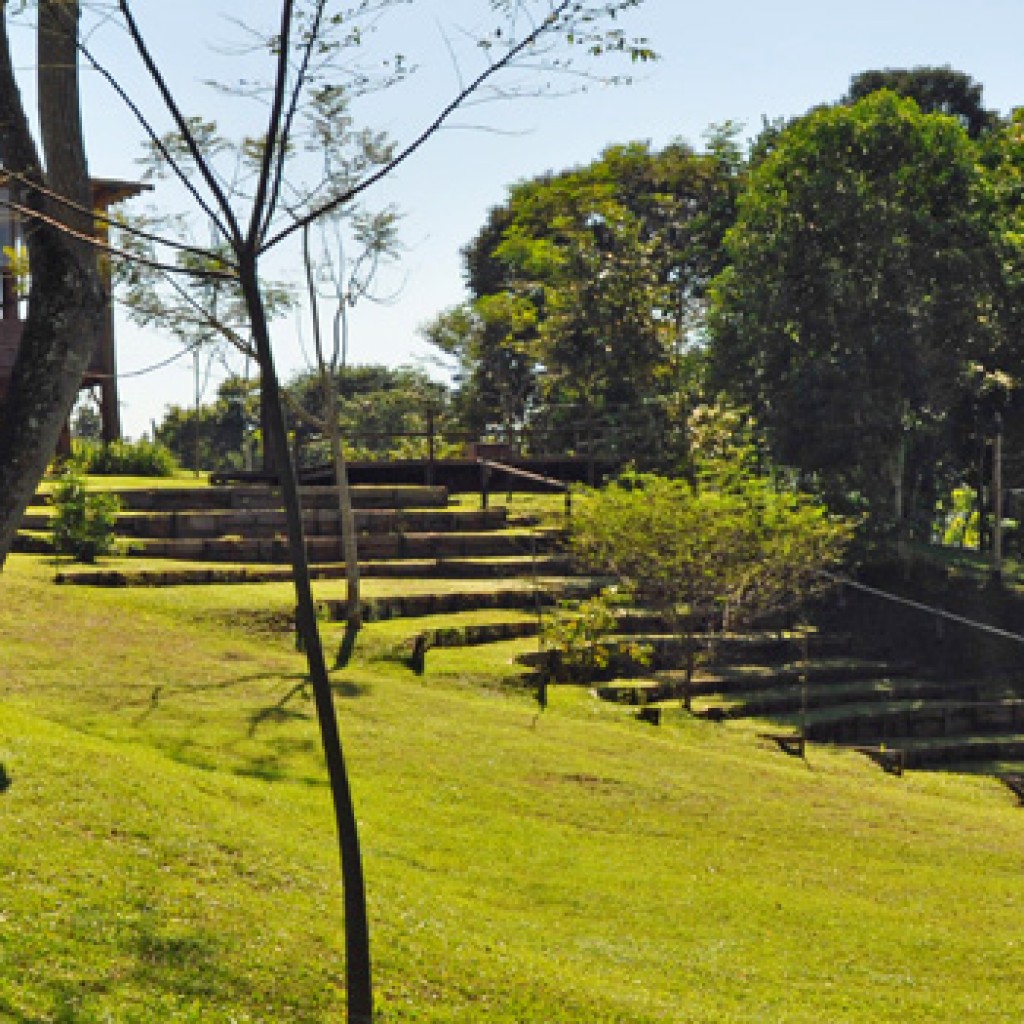 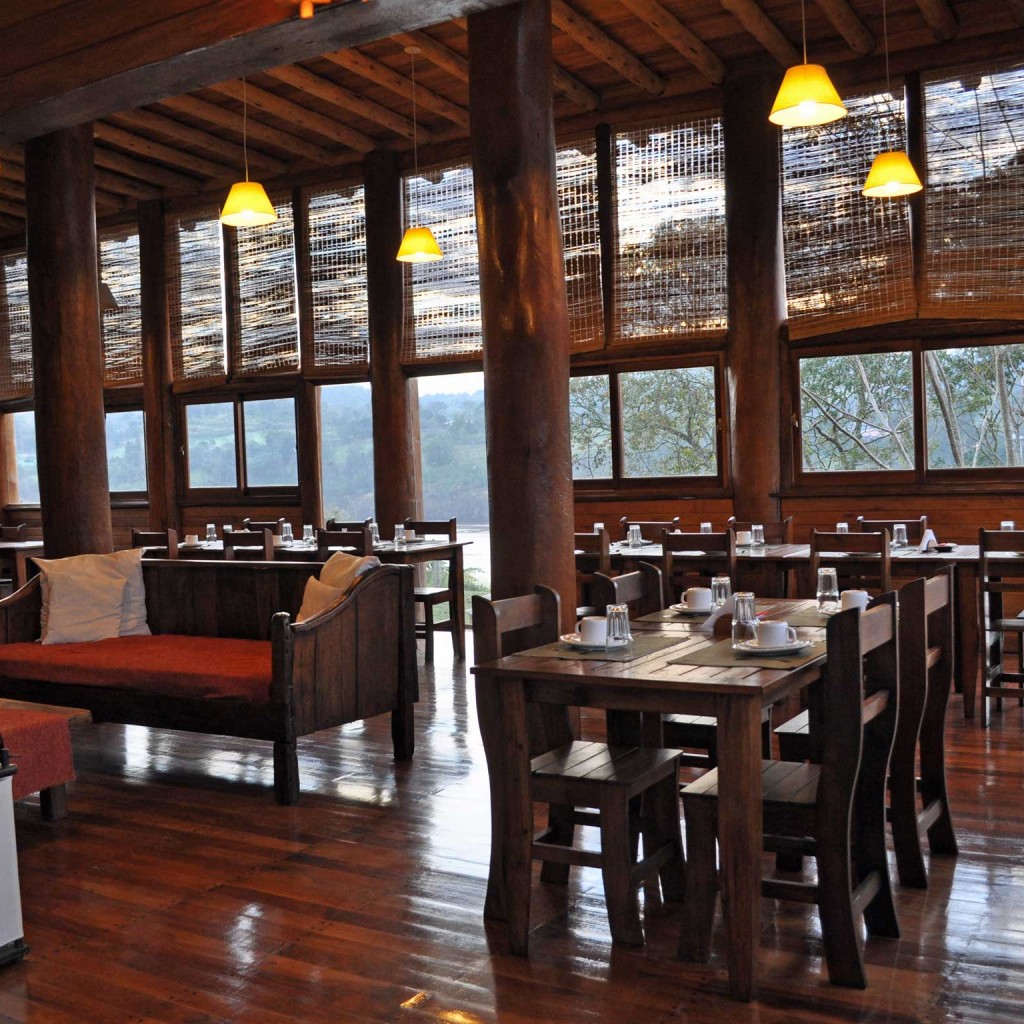 A cozy and exclusive lodge, strategically located in the urban center of El Soberbio, "The gateway of the missionary rainforest"
A modern space, designed with sustainability criteria and a respect for nature, built with local materials and techniques. The traveler can enjoy nature in a magnificent natural environment framed by a meandering creek and more than 350 meters of exclusive coastline on the Uruguay River.

History
The site on which the ecolodge is currently developed belonged to the first school teacher of El Soberbio, where the family home was built, which is currently regarded as one of the oldest in the village. Then the site remained abandoned for decades while strangers felled trees and the native species that were part of the magnificent park of the dwelling. Eventually, the site became a clandestine urban trash polluting the area’s groundwater, and an illegal site for hunting and fishing. Prompt action was required to solve this issue and restore this historic venue to its splendor of yesteryear. So after long and numerous efforts, the land was acquired by the SELVA Pura project by the end of 2011.
Since then, we've focused on cleaning the grounds and restoring the native forest. The recovery of this strategically located piece of land in the heart of the urban center of El Soberbio, a growing tourist destination, allows us to massively and effectively promote our mission of raising awareness about the value of the Paranaense Forest among those visiting the area.
The simple contrast of the "before and after" this project forms a bombshell that makes the locals understand that it is possible to develop a profitable economic activity which allows for simultaneously and sustainably living with the jungle.

Do you have any questions?